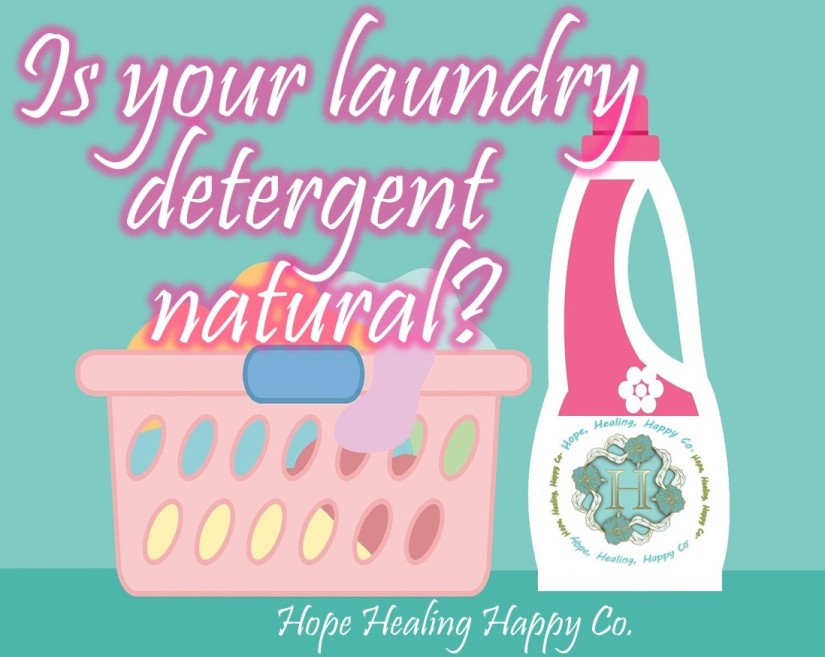 Laundry detergent has been a recent news topic due to the shocking and dangerous “Tide Pod Challenge.” In this challenge, people are ingesting the detergent packets. This is extremely hazardous behavior and obviously should never be attempted. But it does beg the question, what does laundry detergent really contain? Do we really know what chemicals we are exposing ourselves to every time we wash and wear our clothes? Are we at risk for toxic exposure even if we don’t ingest the product?

Upon research, we discovered there is no law in the United States that requires products of any kind to list chemicals used in fragrances. However, the University of Washington enacted a study that tested the ingredients of multiple laundry detergent brands. Their study revealed dangerous chemicals such as: Acetone, an active ingredient in paint thinner; chloromethane which was once widely used as a refrigerant but due to its toxicity is no longer used as such. 1,4-dioxane was also discovered. The EPA reports that exposure to 1,4-Dioxane can cause, “Acute (short-term) inhalation exposure to high levels of 1,4-dioxane has caused vertigo, drowsiness, headache, anorexia, and irritation of the eyes, nose, throat, and lungs in humans…Damage to the liver and kidneys has been observed in rats chronically (long-term) exposed in their drinking water…  Tumors have been observed in orally exposed animals. EPA has classified 1,4-dioxane as a Group B2, probable human carcinogen.”

Phthalates, which are defined as chemicals used to soften and increase the flexibility of plastic and vinyl, were also found in laundry detergent.

Dr. Anne Steinemann published a study by the journal Environmental Impact Assessment Review. Her report of her research revealed, “Nearly 100 volatile organic compounds were emitted from these six [laundry] products, and none were listed on any product label. Plus, five of the six products emitted one or more carcinogenic ‘hazardous air pollutants,’ which are considered by the Environmental Protection Agency to have no safe exposure level,” {sic}

According to two national surveys published by Dr. Steinemann, 20% of the population reported harmful effects from exposure. She also reported that those studied with respiratory issues such as asthma reported having twice as many issues to exposure to laundry detergents and dryer sheets.

The Food and Drug Administration requires all American food distributers to list all ingredients, and yet there is no law that requires laundry products to list chemicals used in fragrances.

We can’t just wear dirty clothes! What can we do to eliminate toxic chemical exposure due to laundry detergents and dryer sheets?

Before Tide, Pyrex and Gain people have been washing their clothes naturally for thousands of years. Ingredients like baking soda, lye and borax have been used to keep clothes clean and fresh. Making your own laundry detergent or switching to an all-natural brand can help you reduce your toxic exposure.